Earlier in the year, we introduced you to David and Emma, the Program Leader and Activities Officer at DIY Dads. DIY Dads is a program that provides housing and support for fathers and their children, who might otherwise be at risk of homelessness.

Recently, Emma provided us with an update of how the DIY Dads program has been going, which we wanted to share with you:

“Activities with the children and dads has really taken off here at DIY Dads. The children, whose ages range from two years old to twelve years old, play beautifully together.

On a sunny day, DIY Dads really comes alive with up to 12 children playing outside. Some play in the playground, some with the basketball hoop, and others in the play room.

The older children and the dads always keep an eye on the younger children to make sure they are safe and getting along. While the kids play, the dads will either join in, or take the time to catch up with one another.

The dads and staff at DIY Dads have been working hard to get the playroom and art room up and running. It’s become a really welcoming space for the children and Dads to play in.

The children really enjoy playing with the blocks, Lego and dolls that have recently been donated. We have a lovely arts and craft room set up beside the play room.

Recently lots of arts and craft materials were donated which really boosted the activities we can do. These included colouring books, pens, pencils, coloured paper, beads, buttons and coloured sand.

When the children aren’t in the play room or art room, we go for walks and play in the local playgrounds. The children also love to bake at DIY Dads. We have cooked cakes, apple crumble and lots of afternoon treats. We recently had a scone bake off (with jam and cream of course!) One group of children made plain scones, while the other group made lemonade scones. The lemonade scones won hands down!

Our little place is full with dads, children and laughter when we are together. We are creating, laughing and just having a great time!”

DIY Dads receives no on-going government funding, and is only possible thanks to generous donors like you. Thank you for helping to create fun, laughter, and connection for dads and their children. 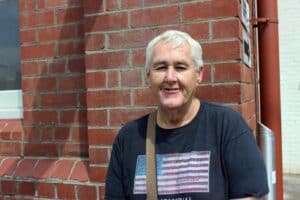 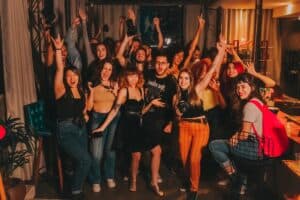