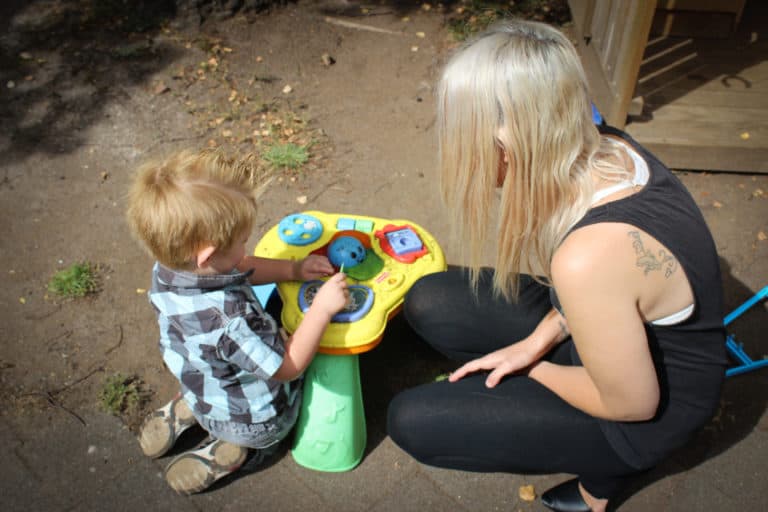 Hobart City Mission’s (HCM) Small Steps program is receiving a playground redevelopment thanks to the support of a number of community groups and businesses.

HCM were the fortunate recipients of a $10,000 community grant from Commonwealth Bank in May 2018, which will go towards upgrading the program’s playground and courtyard.

The current resident mothers at Small Steps designed the toddler friendly sensory garden, based on what they thought would be most suitable for their children. The garden design includes a sensory path, sand pit and truck play area, but will also include a social area for the mothers to gather and support each other.

“The kids are going to enjoy all the different areas to play in,” says Jess who is a current resident at Small Steps, “we are so excited to see the final thing.”

The playground redevelopment will be completed by over fifty volunteers from the C3 Church community, as part of their But to Serve initiative on September 22nd, which will see over 1000 volunteer hours served across 9 projects in Southern Tasmania. The C3 team will also be joined by a number of volunteers from Sandy Bay Rotary Club, and the North Hobart branch of Commonwealth Bank who will work tirelessly to complete the project.

Hobart City Mission thanks the number of community groups and businesses who have contributed to the completion of this project.

Small Steps is a live-in program for young mothers (up to the age of 25) and their babies who are at risk of being separated due to a lack of appropriate accommodation or support. The program has been open since 2014, and has housed over 40 mothers and their children. Small Steps receives no on-going government funding, and therefore operates through the generosity of the community.